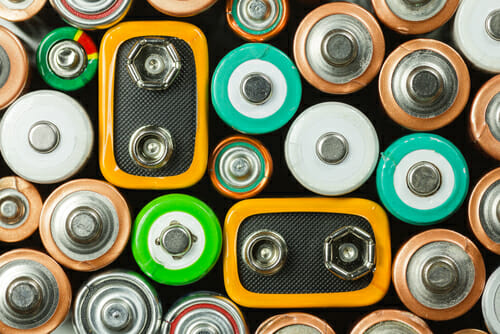 Get a charge out of National Battery Day!  Observed each year on February 18th, this is a day to appreciate the convenience batteries provide to our everyday lives.

Today we would be hard-pressed to find someone in the United States who doesn’t derive a benefit from a battery.  Even those who live “off the grid” have battery operated devices such as a flashlight, radio or watch.

A battery is used to change chemical energy into electricity by bringing the different chemicals together in a specific order.  When correctly ordered the electrons will travel from one substance to another creating an electrical current.

While manufacturing of batteries for everyday personal use has only developed in the last 50-60 years, archaeologists have found evidence of a device that may have been used to electroplate gold onto silver, much like a battery would.

In 1936, during the construction of a new railway near Baghdad, a Parthian tomb was found.  Archaeologist Wilhelm Konig found a clay jar containing a copper cylinder encasing an iron rod. Konig suggested the find to be approximately 2,000 years old.

In 1748, Benjamin Franklin first coined the term “battery” to describe an array of charged glass plates.

In 1800 French scientist Alessandro Volta layered silver, cloth or paper soaked in salt or acid and zinc into what he called “voltaic piles,” which generated a limited electrical current.  He published his work, and we get the word “volt” from his name to describe electric potential.

It was William Cruickshank, an English chemist, who first designed a battery for mass production in 1802.

We can credit chemist John Daniell with developing a way to reduce corrosion when batteries aren’t being used. In 1820 he invented the Daniell Cell, which incorporated mercury, reducing the corrosion.

The first battery operated watch was produced in 1957 by the Hamilton Watch Company.

Today batteries are available for numerous purposes.  In our modern age, portable electricity isn’t something we think about every day because it is so easily accessible.  We charge the batteries on our phones by using the batteries in our cars as we travel down the road.  We even have portable chargers that can charge our batteries where ever we are.

To celebrate National Battery Day, it is a good idea to check all of your smoke alarm batteries!  Use #NationalBatteryDay to post on social media.

Alessandro Volta, inventor of the electrical cell, was born on this day in 1745.

All credits to sources below: