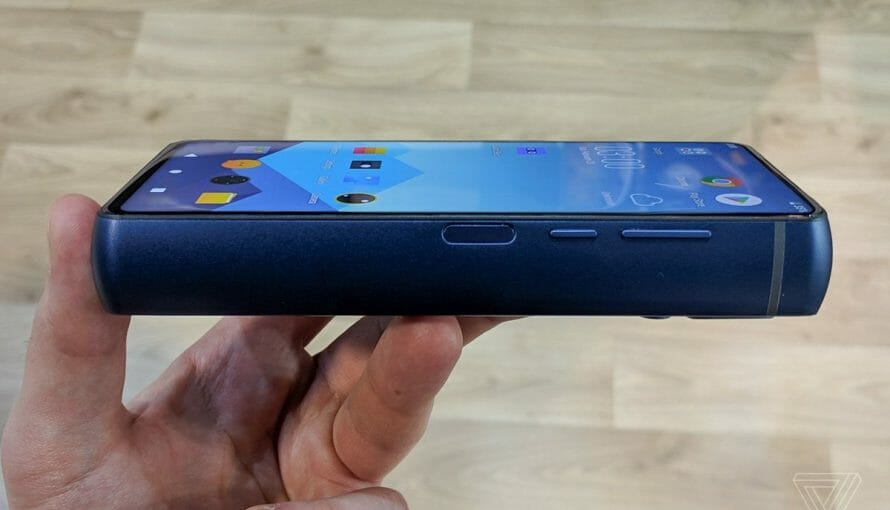 This is the future you asked for.

When people read smartphone reviews, one of the first things they want to know is whether the battery life is going to be sufficient for their use cases. Well, what if the battery life was the only stat that mattered?

The P18K Pop has a truly massive 18,000 mAh battery built-in — the manufacturer says you could play videos for two straight days without depleting the battery. By comparison, the phone in your pocket probably has a battery in the 2,500-3,500 mAh range, so this thing would likely be able to keep you going for several days with regular usage.

This dark blue unit measures in at 18mm of thickness, according to Avenir’s spec sheet, but stacking it side by side with a more conventional smartphone, I’d say a more accurate articulation of its thickness would be about 3.5 iPhones. This phone is immense. Or is it technically a battery with a phone in it? 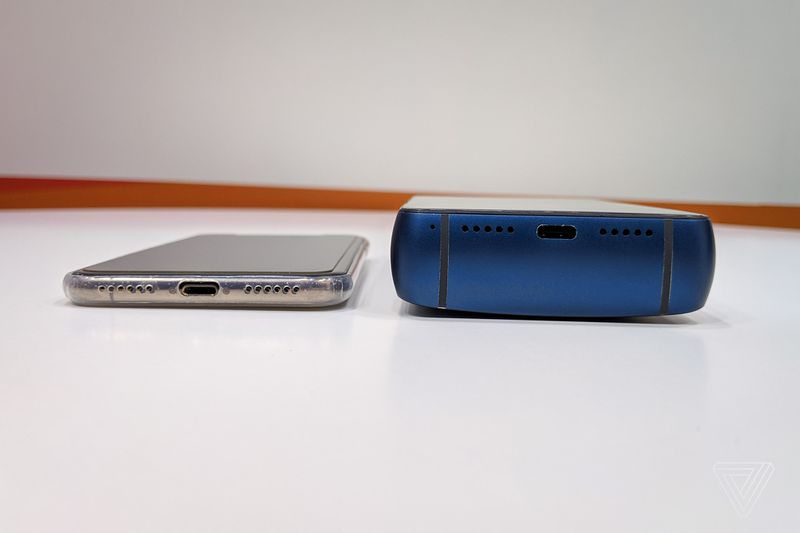 An epic battery of such proportions had better last a long time, and Avenir promises a week’s worth of use, or two full days, 48 hours, of continuous video playback. That sounds conservative since we got a week from a phone with a battery measuring about half as large.

The 6.2-inch LCD display of the Power Max P18K Pop surprised me: it’s really not terrible, has minimal bezels and no notches or cutouts, and would be something I’d be happy to use. Where’s the selfie camera, you ask? There’s a pop-up module with two selfie cams, though I was only occasionally able to activate it. Other people trying the phone had been pushing that camera down, apparently, and so its mechanism was malfunctioning by the time I got to it.

Three more cameras around the back, a MediaTek processor, 6GB of RAM, 128GB of storage, and Android 9 round out this device’s spec sheet. Oh, and it has fast charging, because it’d better have fast charging with a battery of its proportions. I’m told a full charge would take eight hours.

If you’re starting to feel temptation for a phone whose size can rival that of your gaming console’s power brick, let me assure you, this isn’t the one you’re after. Performance is glitchy and stuttery, and having one of these in your pocket or next to your face is not a particularly enjoyable experience.

The Energizer Power Max P18K Pop launches in the summer, at which point it will be the phone with the biggest battery in the world.

All credits to sources below: