Germany: 3 battery consortia will be funded

Germany: 3 battery consortia will be funded 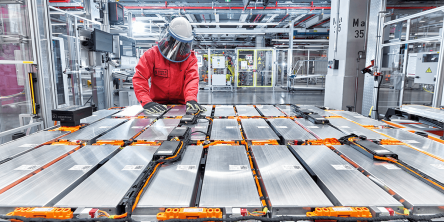 To stimulate domestic battery cell production, the German Federal Ministry of Economics will most likely fund three consortia a total of 1 billion euros ($1.12 billion USD). Of these, only the project of Peugeot, Opel and the battery manufacturer Saft have been confirmed by name.

“We’ve now reached a point where we can say that there is likely to be not only one battery cell consortium, but probably three,” Federal Minister for Economic Affairs and Energy, Peter Altmaier, told Reuters. “The process is underway and we will submit the necessary state aid documents to the EU Commission once our selection procedure has been completed.” He explained, “We hope that by the end of the year we will have clarity from Brussels.”

Funding proposals were invited in February earlier this year and as we reported in March, six consortia submitted applications. These include prominent names such as BASF, VW, PSA, BMW and Northvolt. At the beginning of May, confirmation was given concerning the inclusion of the Franco-German consortium made up of the PSA Group, its German subsidiary Opel, and the battery manufacturer Saft. This consortium is also likely to be supported by France.

It is possible that other German companies will participate in corresponding consortia with foreign partners. The names Volkswagen and BASF have been thrown around with some regularity. It is currently unknown whether Volkswagen will apply for such funding for its battery cell project with the Swedish company Northvolt. The two companies said this year that they are planning to set up a joint venture to build a battery plant in Salzgitter, Germany, but have not specified how they aim to fund the venture. Northvolt’s planned battery factory for the production of lithium-ion cells in Skellefteå, Sweden, been confirmed with a principle agreement from The European Investment Bank (EIB) for financing with a loan of 350 million euros.

Altmaier intends to supply around 30 per cent of global demand for battery cells from German and European production by 2030. Cora Werwitzke recently provided us with an overview of the key players in France.

All credits to the source below by: