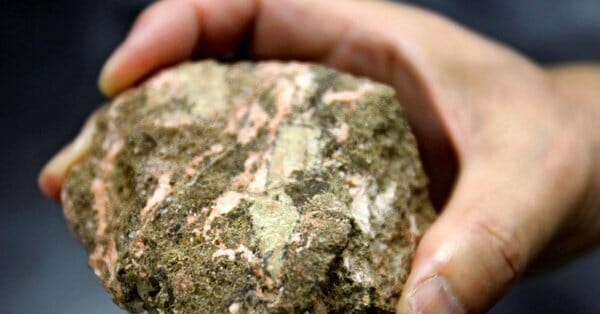 MUMBAI/NEW DELHI — Three Indian state-run companies are forming a joint venture to secure minor metals such as lithium and cobalt that could fuel India’s plan for mass adoption of electric vehicles by 2030.

India’s efforts toward securing a supply of minor metals, experts say, is crucial at a time when China is threatening to restrict the export of rare earths as part of its escalating trade war with the U.S.

The three companies are planning to explore alternative sources to meet growing demand from producers of electric cars. The joint venture, Khanij Bidesh India, will have an authorized capital of 100 billion rupees ($1.45 billion), with National Aluminum holding a 34% stake.

The tit-for-tat trade war between the U.S. and China, which began last year, will enter a new phase if China actually limits exports of rare earths.

The U.S. depends on China for 80% of these metals.

Seventeen rare-earth metals, including neodymium and dysprosium, are used in products ranging from electric motors and hard disk drives to drones and home appliances. Securing these metals is vital for India as it continues to build out its manufacturing sector, which will eventually include mass production of electric vehicles.

India aims to have electrics comprise 30% of its new vehicle fleet by 2030.

At present, India imports most rare earths in finished form as EV manufacturing is still in its infancy. According to the Indian Mines Bureau, total consumption of rare earths during the fiscal year ended March 2016 was 31.9 tons.

Zauba Technologies and Data Services estimate Indian imports of rare earths totaled $3.4 million as of 2016, of which $3.3 million came from China, followed by Hong Kong and South Africa. The joint venture will start exploring in Latin America, especially Bolivia, as the country is known to hold a fourth of the world’s lithium reserves. Having direct access to lithium will help Maruti Suzuki, Mahindra & Mahindra, electric two-wheeler startup Twenty Two Motors and other domestic companies in their plans to produce batteries in India.

Maruti Suzuki — the Indian unit of Japan’s Suzuki Motor — is the largest automaker India. It has earmarked 1.15 billion rupees to build a lithium-ion battery manufacturing facility in the western state of Gujarat in association with Toshiba and Denso.

Mahindra & Mahindra will invest 1 billion rupees on its expansion plans, which include setting up a new battery manufacturing plant in Chakan near Mumbai. The company has partnered with South Korean LG Chem in the facility.

Apart from EVs, the growth of other end-use industries such as advanced electronics is expected to drive demand for minor metals and rare earth in the country, which has a rising middle class and an economy growing at about 7% annually.

Meanwhile, other companies are looking to find rare earth at home. India holds about 6.9 million metric tons of rare earth — one-fifth of the world’s reserves — but production has been extremely low, especially for commercial use.

India can very well be an alternative supplier of rare earth to the world as it “has large reserves of monazite and is unexplored for other rare-earth minerals,” said Jack Lifton, co-founder of U.S.-based Technology Metals Research. “What’s missing is a domestic downstream processing supply chain. If this is constructed, India will become a major producer.”

All credits to the source below;