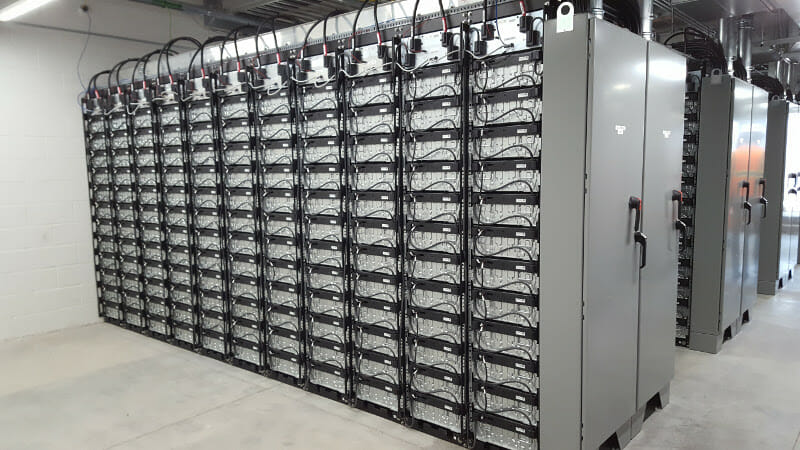 Taking apart and recycling the larger battery modules used in grid-scale storage and EVs is a task requiring far more skill than doing the same in portable electronics, the report says. Image: AltaGas.

Lithium-ion batteries are far more widely recycled than many people think, while China and South Korea are already leaders of the emerging circular economy of lithium, a report commissioned by the Swedish Energy Agency has found.

An often-cited figure is that “5% of lithium-ion batteries are recycled”, when in fact this statistic, taken originally from a Friends of the Earth research report, is itself now nine years old, yet has been repeated over the years and was even cited in an April 2019 editorial for the scientific journal, Nature Energy.

The new report’s author, Hans Eric Melin, a consultant with UK-based Circular Energy Storage, was hired by the Swedish Energy Agency, which is part of the country’s Ministry of Environment and Energy and in charge of administering battery research funding.

The report has been republished in English after launch in Spring in Swedish. Melin told Energy-Storage. news that many misconceptions and poor observations are made and repeated around lithium recycling. Melin said that more than 70% of lithium-ion batteries recycled today are processed in China and South Korea, with “high” recovery rates of materials.

Melin’s report claims that “many companies” in China and South Korea, in fact, are recycling, despite the “general perception that this is barely happening at all”. While admitting that his evidence is based on personal experience, he writes that: “for somebody who visits collectors and recyclers around the world it becomes clear that significantly more batteries than only 5% are recycled”.

More than 300 studies of primary research have been conducted worldwide in separating materials in used batteries and re-producing cathode materials or their precursors, 70% of those studies in the two aforementioned Asian battery powerhouses, and finding that “all active materials including lithium can be recycled with high efficiency”.

However, the majority of studies have been carried out on LCO and NCM batteries, with “only a few studies” on LFP, LMO and NCA batteries, meaning some battery types used commonly in stationary energy storage may not yet be comprehensively covered. As these effective processes exist for effective recycling, Melin argues, future research should focus more on actually getting the end of life batteries into the recycling supply chain.

“The challenge for recyclers in both Europe and North America is to get hold of batteries as the prices are much more attractive in Asia, which also is where most of where American and European batteries are going,” Melin told Energy-Storage.news exclusively.

“This will only become harder as many Asian recyclers are establishing operations here [in Europe].”

Some interesting findings in the 57-page report, which is publicly available on request, include:

The full report looks closely at demand and recycling rates in sectors including electric mobility, an obvious high and rising demand base for lithium batteries, while also examining the specific materials and components in batteries and success rates for recycling each. Energy-Storage.news recently also spoke with Kunal Phalpher at Canada-based recycler Li-Cycle, who argued that 100% recycling rates are achievable for lithium batteries of many types.

All credits for this article to the source below: