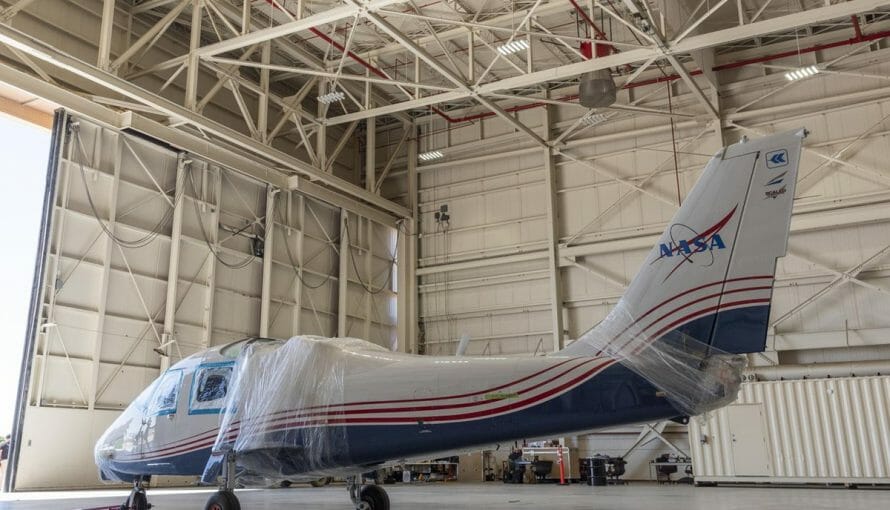 Nasa, most prominent for its many Florida-launched exploits into space, has showcased an early version of its first all-electric experimental aircraft, the X-57 ‘Maxwell’, at an aeronautics lab in the California desert.

Adapted from an Italian-made Tecnam P2006T twin-engine propeller plane, the X-57 has been under development since 2015 and remains at least a year away from its first test flight in the skies over Edward Air Force Base.

However, after attaching the two largest of 14 electric motors that will ultimately propel the plane – powered by specially designed lithium batteries – Nasa deemed the Maxwell ready for its first public preview.

The federal agency also revealed a newly built simulator that allows engineers, and pilots, to get the feel of what it will be like to manoeuvre the finished version of the X-57 in flight, even as the plane remains under development.

The Maxwell is the latest in a proud line of experimental aircraft Nasa has developed over many decades for many purposes, including the bullet-shaped Bell X-1 that first broke the sound barrier and the X-15 rocket plane flown by Neil Armstrong before he joined the Apollo moon team.

Furthermore, the all-electric aircraft will be the agency’s first crewed X-plane to be developed in two decades. 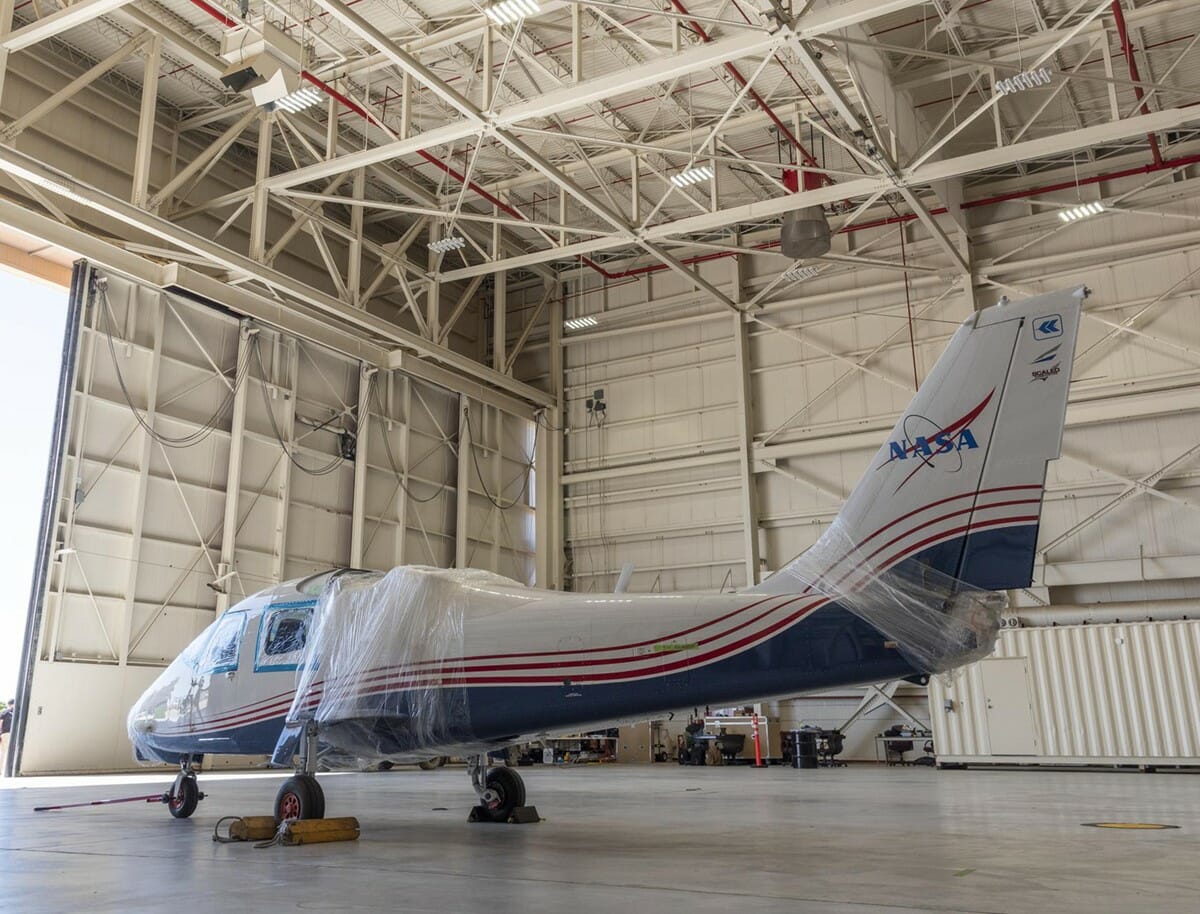 While private companies have been developing all-electric planes and hover-craft for years, Nasa’s X-57 venture is aimed at designing and proving technology according to standards that commercial manufacturers can adapt for government certification. These will include standards for airworthiness and safety, as well as for energy efficiency and noise.

“We’re focusing on things that can help the whole industry, not just one company,” said Brent Cobleigh, a project manager for Nasa’s Armstrong Flight Research Center at Edwards, about 160km north of Los Angeles. “Our target right now is to fly this airplane in late 2020.”

The final modification, or Mod IV, of the aircraft, will feature narrower, lighter-weight wings fitted with a total of 14 electric engines – six smaller ‘lift’ props along the leading edge of each wing, plus two larger ‘cruise’ props at the tip of each wing.

The lift propellers will also be activated for take-off and landings, but will retract during the flight’s cruise phase.