Solid state batteries could change the seascape for deep-sea mining

Solid state batteries could change the seascape for deep-sea mining 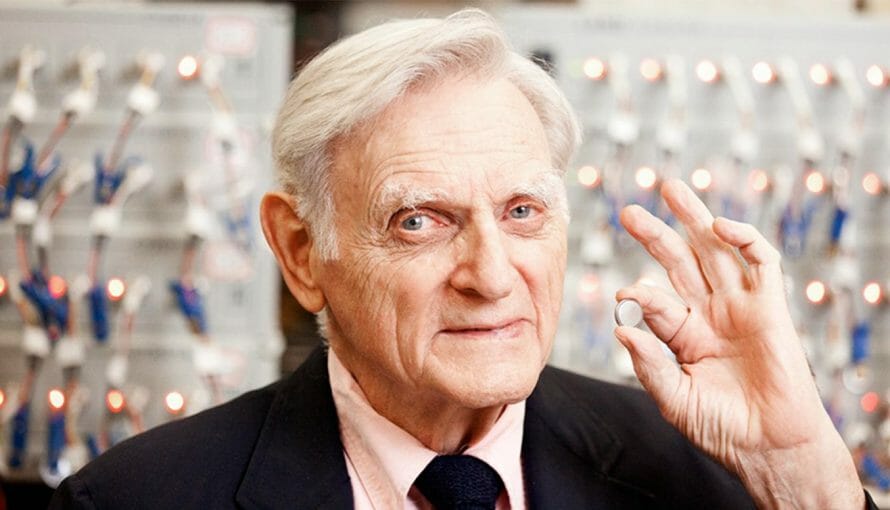 In 1980, Dr John B. Goodenough unravelled the electrochemical reactions that would give birth to one of the single most important inventions of the 20th century: the lithium-ion battery. The first commercially viable rechargeable lithium-ion batteries were soon being produced by Dr Akira Yoshino at Sony. Without these tiny cells’ immense potential to store and release energy, the miniaturization of computers, portability of tablets, smartphones, and myriad devices, and the electrification of the automobile would still be the stuff of science fiction.  Goodenough never profited directly from the commercialization of his discovery, but this year he was honoured, along with Yoshino and Dr M. Stanely Whittingham, with the Nobel Prize in Chemistry for his work on the lithium battery.

More than any other single technology, the development of lithium polymer batteries (a form of lithium-ion battery that uses a liquid polymer electrolyte and cathodes and anodes made of metals like cobalt and nickel) drove the revival of investor interest in deep-sea mining in the early 2000s, particularly at polymetallic nodule fields. Once prized for their manganese, cobalt is now the dominant commodity that makes exploiting nodules on the deep seafloor commercially viable. Other elements, like nickel and magnesium, as well as rare earth elements, molybdenum, and, of course, lithium, are also involved in the manufacture of various lithium batteries and are found in polymetallic nodules. It’s not hyperbolic when Gerard Barron, CEO of DeepGreen, begins many of his talks and interviews by holding up a sizable nodule from the Clarion-Clipperton Fracture Zone and declaring that it contains everything necessary to build a lithium battery.

Lithium batteries come with significant downsides, and not just because they currently contain cobalt sourced from conflict zones and mines where child labour remains rampant. Lithium batteries degrade over time, forming dendrites–tiny, branching structures that grow inside the battery. The needle-sharp “whiskers” of a dendrite can eventually pierce the non-conductive separator between the cathode and anode, creating a short circuit. At best, this causes the cell to fail, reducing the battery’s capacity. At worse, a short within a lithium battery creates heat which can further damage the separator, leading to thermal runaway where a battery can burst into flames or explode.

This effect is, in part, what caused Samsung’s notorious battery explosions in the Galaxy Note 7, though dendrite formation was helped along by a manufacturing error which allowed the anode and cathode to touch in a small number of defective batteries. For the amount of energy they contain, and the sheer number of lithium batteries currently in circulation, the relative rarity of explosive battery failures points to the reliability of the technology. Most consumers are more likely to face frustration as dendrite formation chips away at battery performance than experiencing a catastrophic failure.

A new type of battery is entering the market, one that has none of the shortcomings of lithium batteries. Unlike conventional lithium-ion batteries, solid-state batteries use solid electrodes and electrolytes, rather than polymer. They are generally safe, have much higher energy densities, and are currently much more expensive. But those prices are going down as recent advances in the development of solid-state batteries has been driven by many of the same motivations that drive the deep-sea mining industry–the demand for mineral resources to power a fossil-fuel-free future. And that development is being spearheaded by none other than Dr John Goodenough.

Solid-state batteries can be manufactured without cobalt or nickel, and recent advancements using iron fluoride cathodes and a polymer nanocomposite electrolyte can deliver more than twice the power per pound of a conventional lithium battery at a fraction of the cost. Solid-state batteries also have a significant life cycle advantage over lithium-ion batteries. Their greater durability and longer lifespan decrease the burden on recycling and disposal services, increasing the useful life of the extracted metals within. Although results in the lab are promising, and a few organizations have deployed small solid-state batteries into bespoke power solutions, solid-state batteries have yet to make the jump into major commercial production.

Toyota, a company who has been conspicuously absent from the electric vehicle movement, instead prioritizing their hybrid and fuel cell vehicles, intends to unveil an all-electric, solid-state battery-powered vehicle at the 2020 Tokyo Olympics.

Ironically, because solid-state batteries contain no compressible fluids and are better suited to operate under immense pressure, they may be the more appropriate option for powering untethered equipment used in deep-sea mining.

Even though solid-state batteries have the potential to shift the minerals market away from elements like lithium and cobalt, in the near-term, their development is unlikely to impact the expansion of deep-sea mining. Lithium battery manufacturers have invested heavily in factories and tooling, and with multiple car companies breaking ground on their own gigafactories, a transition to solid-state batteries for electric vehicles is not yet on the horizon. Beyond batteries, cobalt is used in numerous alloys, as a catalyst in many chemical processes, for pigments, and as a radioisotope in several cancer treatments. Other elements found in the deep sea, such as manganese and nickel are still essential in modern technologies, while tellurium, which is critical to constructing modern solar panels, occurs in abundance on some seamounts. And, of course, copper continues to be in high demand.

But when it comes to attracting investors for deep-sea mining projects, cobalt continues to be king, and volatility in the cobalt market can certainly impact short-term fundraising for an industry still dependent on investor confidence as it moves towards production and commercialization.

Featured photo courtesy of the University of Texas at Austin.