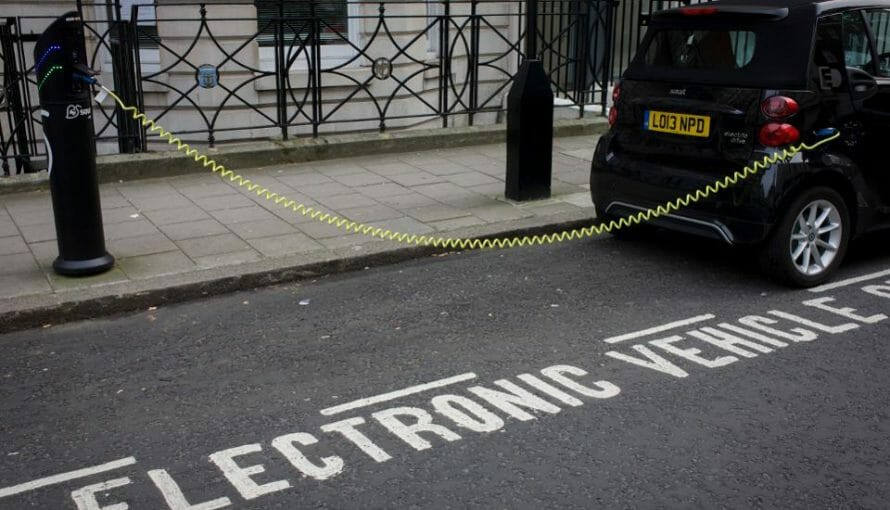 There will be more than enough batteries in electric vehicles by 2050 to support a grid that runs on solar and wind—if the two are connected by smart chargers, according to experts at the International Renewable Energy Agency.

“If we see this from not from a transport perspective but from a power-sector perspective it also means that a massive electricity storage capacity would be available with all these batteries on wheels,” Boshell said in webinar posted by IRENA this week. “Batteries in EVs dwarf a stationary battery capacity in 2050…. This is indeed a great opportunity for the power sector

If those EV batteries are connected to the grid by smart chargers, they could not only provide sufficient power but also many of the system services needed by a grid that relies on intermittent renewables.

Those services include primary and secondary power reserves, fast-frequency reserves, arbitrage, voltage control, and congestion management through load shifting and peak shaving, said Arina Anisie, who collaborated with Boshell and other analysts on an IRENA report on the topic.

“Vehicle-to-grid makes a lot of sense in the sense that the cars are parked 90 percent of the time, and the battery is connected to the grid for such a long time that we can actually use the battery to offer some services back to the grid and help the grid increase flexibility and integrate a higher share of wind and solar,” said Anisie, an officer in IRENA’s renewable energy innovation team.

“So it would be a win-win situation for both the transport sector and the power sector.”

There are seeming incompatibilities between the two systems, Anisie said, but they are resolvable.

For example, drivers will prefer fast or ultra-fast chargers to minimize charging time, but a smart charging system works best with slow chargers.

“It really needs to change the behaviour of the consumer to be able to harness the synergies between mobility and wind and solar,” she said, though there are technical ways to resolve the issue too, including battery swapping or buffer storage at charging stations.

“There are several options to actually to still install fast charging that is much needed, especially on the highways, but to mitigate the stress that it puts on the local grid.”

There are other driver-based obstacles, such as concerns about range anxiety and battery health in a vehicle that exchanges power with the grid.

A study of Hamburg’s grid by the engineering firm Stromnetz found that if 97 percent of the city’s vehicles were electric, the grid would experience congestion at 15 percent of its feeders.

Upgrading the grid to fix that problem would cost €20 million. But a grid operator with access to a smart charging system could resolve the congestion for only €2 million.

“It reduces congestion at a much lower cost than investing in the grid solution,” Anisie said.

Vehicle autonomy may present another challenge, Anisie said. The prospect of shared autonomous vehicles means far fewer vehicles would be needed overall, and each would be connected to the grid for less time, which could deprive the grid of this vast mobile battery.

Ainsie recommended public officials study these potential changes in the nature of mobility but meanwhile incentivize smart charging and promote electric vehicles and renewables together.

“Both should go hand in hand.”