Coronavirus could have a lasting effect on China-dominated lithium sector

Coronavirus could have a lasting effect on China-dominated lithium sector 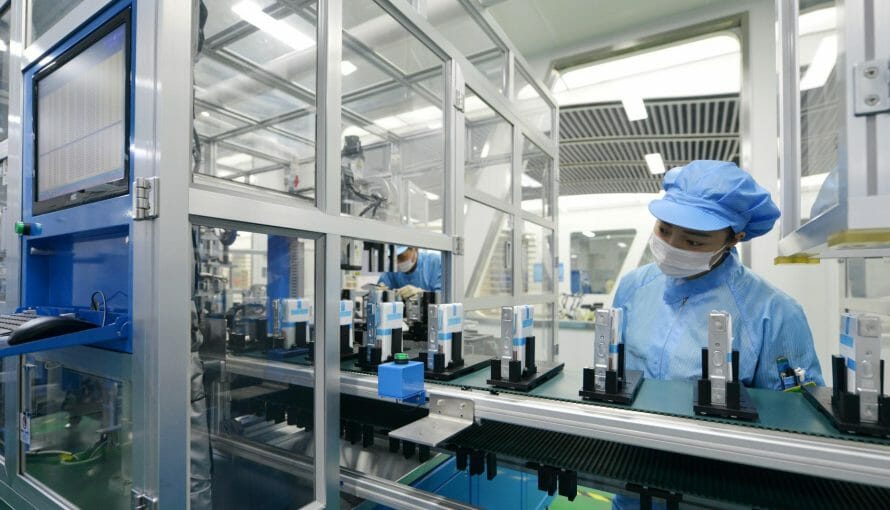 It’s been a tough time for miners of lithium, the metal essential to many high-performing batteries.

Just as the market looked to be crawling out of a two-year slump that knocked about 60% off the battery metal’s prices, its biggest player, China, has been hammered by the novel coronavirus outbreak. Three major mining firms have issued profit warnings for 2020, with the world’s second-biggest lithium producer SQM explicitly citing coronavirus-driven logistics issues as a problem.

It’s hard to overstate China’s importance to the lithium market. It is the biggest consumer of the metal, it is central to supply chains that process lithium, and a quarter of the world’s lithium is produced by two Chinese companies. What’s more, it has been a major bankroller of lithium projects.

“The lithium battery supply chain is heavily concentrated in Asia and, within Asia, it is heavily concentrated in China,” said Emily Hersh, managing partner of DCDB Research, which specializes in mining and energy. “It is extremely vulnerable to exactly the type of disruption that coronavirus is likely to cause.” Tianqi Lithium Corp., which lost $403 million last year, could especially suffer due to its heavy use of Chinese processing facilities for the hard rock lithium it produces in Australia, Hersh said.

The prospect has pushed the industry towards some soul-searching about its dependence on one country. Livent, the world’s fifth-biggest lithium producer, said this week that it has already started looking into moving supply chains away from China. “It’s a conversation that’s starting to happen that was not happening even six months ago,” Livent CEO Paul Graves told the FT.

Supply chain disruptions could be exacerbated if Covid-19’s impact deepens in Japan and South Korea, where a lot of battery and car manufacturing takes place, said Andrew Miller, the product director at Benchmark Mineral Intelligence, a research firm. “As you saw with SARS, China is quite good at stepping up and correcting itself to get back under control, so it wouldn’t be a surprise if things subside in China…in Japan and Korea, you don’t have the same mechanisms,” he said.

But, while lithium miners might take a hit, there’s a chance coronavirus could actually help fix one of the biggest issues in the sector at large: lack of investment.

Since 2018, mining companies have produced more lithium than manufacturers need, which has hurt prices. Demand is set to skyrocket over the next decade, however, as the electric vehicle market explodes, and at current rates, there’s no way production can keep up. And, with investors spooked over low prices, the investment needed to ramp up production has stalled.

Prices were already set to start creeping up this year, and coronavirus-related supply chain disruptions helped boost lithium hydroxide prices by more than 3% last month, even as the virus harms profits overall. A sustained climb in prices should encourage investors who were sitting on the sidelines, potentially unleashing the “herd behaviour of the market” in full force, Hersh said. Oil and gas companies, in particular, have done due diligence on the sector and seem to be waiting for the right moment to dive in, she said.

More existentially, China has bankrolled much of the sector’s development. If a more stagnant China puts less money into the sector, that would leave a huge gap for new funders to fill—but in the long-run could lead to a more robust market by cutting its reliance on Beijing. “The reality is that China is way ahead of the rest of world in the understanding and grasp of the need to move towards electrification,” Miller said. “Ultimately, that’s a big thing that will have to change.”

All credits to the original source below by Max de Haldevang