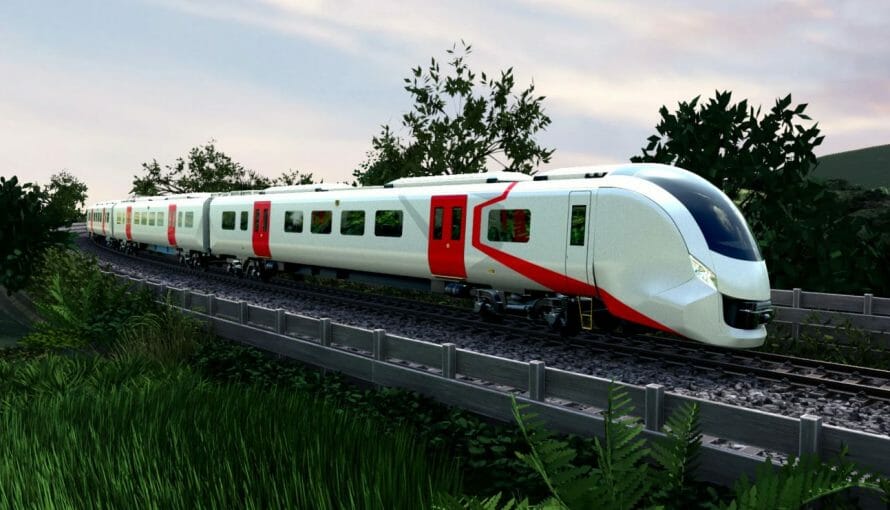 Diesel-powered UK trains are to be retrofitted with batteries, allowing them to run on low-carbon electricity even on rail lines which have not been electrified.

Currently, almost two-thirds (58 per cent) of the UK’s 32,000km rail network is not electrified despite ambitious decarbonisation targets set by the Government. Broader electrification plans have been scrapped or delayed in recent years, due to financial concerns.

The battery technology, developed by Hitachi Rail, will enable trains to run on the electrified lines and charge simultaneously. Once the train transitions to a line that has not been electrified it can switch to battery power ensuring that low-carbon journeys can continue.

Hitachi Rail, which is working with Hyperdrive Innovation, believes that the technology can be retrofitted to over 400 trains.

They also plan to develop the battery packs in a battery hub in the North East with two manufacturers looking to mass-produce them.

Hitachi believes its fleets of 275 trains are potential early recipients of the batteries for use in the UK, as well as installing them on new metro and intercity trains that will be needed in the coming years to replace ageing diesel fleets.

Installing batteries on to existing fleets can also extend their range and allow passengers to reach stations on non-electrified branch lines without having to change train.

Hitachi said the plan could see Hyperdrive increasing its manufacturing capability up to 30,000 battery packs per year allowing it to double the number of jobs at its Sunderland factory.

Andrew Barr, Group CEO, Hitachi Rail said: “The partnership with Hyperdrive creates shovel-ready opportunity for new battery trains to be ordered now. As well as new trains, this is also a window of opportunity to cut carbon and supercharge a green recovery in the North East and across the UK.”

Chris Pennison, Hyperdrive CEO, commented: “Our partnership with Hitachi will secure major investment and jobs in the North East, reinforcing the UK’s battery supply chain and keeping the country on track to reach net-zero by 2050.”

“To date, only 42 per cent of UK railways are electrified, with British trains using 469 million litres of diesel each year, emitting over 2.4m tonnes [of] CO2 annually. The partnership underpins the vision that the rail industry can be a major contributor to the UK government’s target of net zero emissions by 2050 and strengthens the case for home-grown innovation to be at the forefront of the UK’s clean growth strategy.”

“An emission-free public transport system is vital if we’re to build a stronger, greener economic recovery that spreads prosperity and opportunity across the UK.”