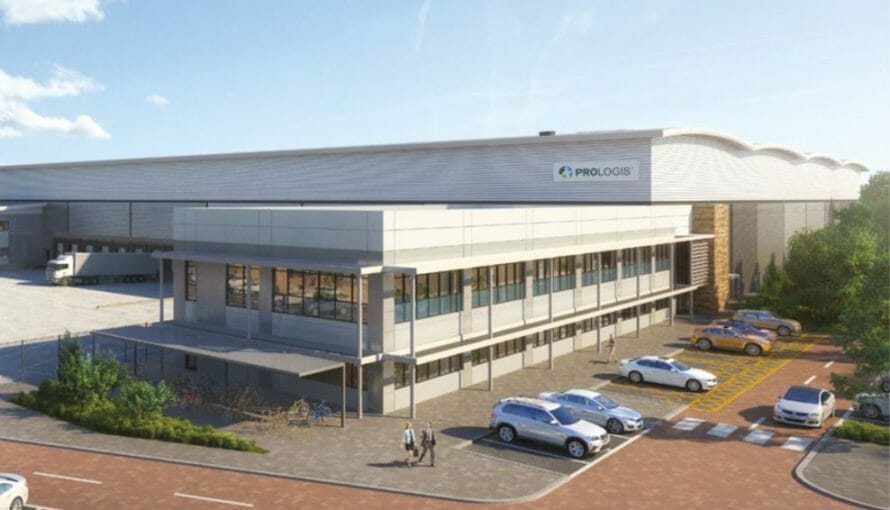 Northumberland, [31/05/2022]: Battery pioneer Britishvolt will anchor its UK battery scale up facilities in the West Midlands, with an investment exceeding £200 million with partner Prologis, that will create and sustain upwards of 150 highly skilled and well-paid technology jobs. The facility enables Britishvolt to rapidly ramp up cells that are production ready to be manufactured in larger volumes at its Northumberland Gigaplant

“This is another important milestone for Britishvolt, UK plc and its world class automotive industry. The UK’s battery ecosystem is a global leader in integrated technology development and industrialisation with the Warwick Manufacturing Group, Faraday Institution, UK Battery Industrialisation Centre and the Advanced Propulsion Centre.

I am delighted to see Britishvolt lead the UK’s journey into re-industrialisation with the first full-scale battery Gigaplant. The new R&D and scale-up facilities announced today will help the UK build on its home-grown battery intellectual property and level up the country ready for the energy transition.”

To summarise the importance of the facility:

“Partnering with innovative technology brand Britishvolt has been a pleasure. The reputation of Hams Hall and the location’s connections to the UK automotive sector has allowed us to embark on a wider conversation with Britishvolt. With battery technology seen as the way forward, it’s exciting to be working in this growing sector.

“Prologis is committed to embedding sustainability into every aspect of our business. When looking at “last-mile” logistics, that is the final delivery of goods to people’s homes, it’s clear that the work Britishvolt are embarking on will contribute to reducing emissions in supply chains.

The West Midlands is already a “golden triangle” of international battery excellence with the Warwick Manufacturing Group, Advanced Propulsion Centre and UK Battery Industrialisation Centre. This new investment and commitment to the region will further unlock the huge economic potential of the UK’s world-class battery cell ecosystem.

“This is a hugely exciting emerging sector that Savills has been tracking for number of years. We are delighted to have acquired this new site for Britishvolt at the heart of the UK’s automotive industry, which is a major endorsement for the wider West Midlands industrial market.”

“Britishvolt’s investment in the West Midlands is another seismic vote of confidence both in the future of our region and our automotive prowess. We are already the heartland of the UK’s automotive industry with the country’s biggest car manufacturer, Europe’s largest research centre of its kind, the UK’s only battery industrialisation centre, and a world-leading supply chain. So, it is incredibly exciting that as we accelerate our Gigafactory plans for Coventry Airport, Britishvolt are adding their expertise to our cluster.

“I am determined the West Midlands becomes a global leader in the research and production of state-of-the-art battery technology, and today’s announcement is another step towards achieving that.”

Britishvolt has already confirmed MoUs with Lotus Cars and Aston Martin Lagonda, which, alongside other commitments to be announced shortly, have cumulative demand in excess of 7GWh in 2024 and 2025, and set the stage for the full 38GWh factory capacity that will be supplied annually from its Gigaplant site in Northumberland.

The release of an official A-sample battery cell to customers, which is scheduled in 2022, will help to further accelerate commitments.

Britishvolt is one of the fastest growing battery technology companies in Europe and globally. The company is also in discussions with the Canadian Government regarding its expansion plans in the country.

Andy Street, the Mayor of the West Midlands

Her Majesty’s UK Government announced on January 21, 2022, its support for Britishvolt from its Automotive Transformation Fund delivered by the Advanced Propulsion Centre.

Britishvolt acquired battery cell developer and manufacturer, EAS, in May 2022, that will allow it to develop and scale up its larger 46xx high-performance cell formats and get them to customers quicker and more efficiently. The deal is subject to completion and any regulatory approvals.

Britishvolt believes that low carbon, sustainable, responsibly manufactured battery cells can help positively change the planet. The time has come to transition from fossil fuels to clean, renewable, low carbon electricity. The world deserves a clean air future for all.

Prologis, Inc. is the global leader in logistics real estate with a focus on high-barrier, high-growth markets. As of March 31, 2022, the company owned or had investments in, on a wholly owned basis or through co-investment ventures, properties and development projects expected to total approximately 1.0 billion square feet (93 million square meters) in 19 countries.